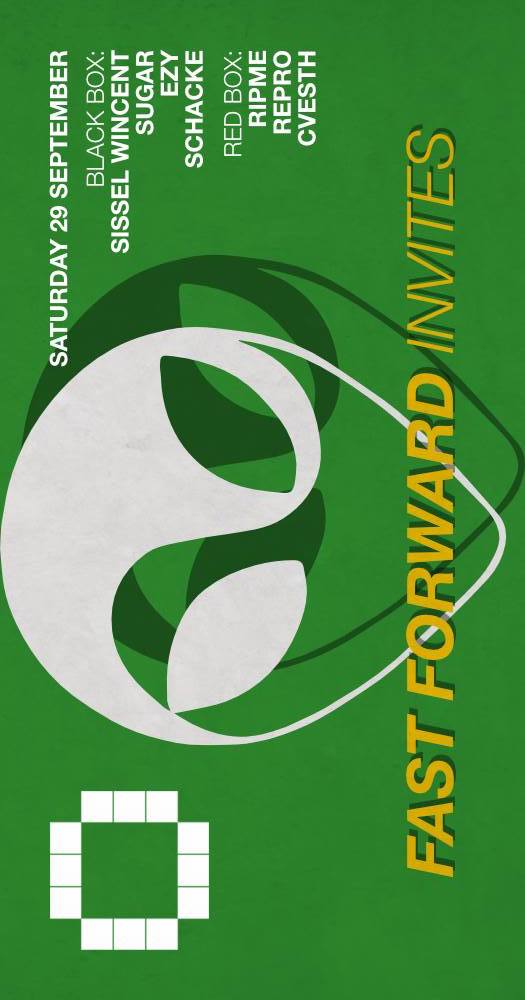 Fast Forward Productions is back at Culture Box with a new series of events focusing on showcasing friends and family from abroad as well as locals, alongside residents from the Fast Forward agency. 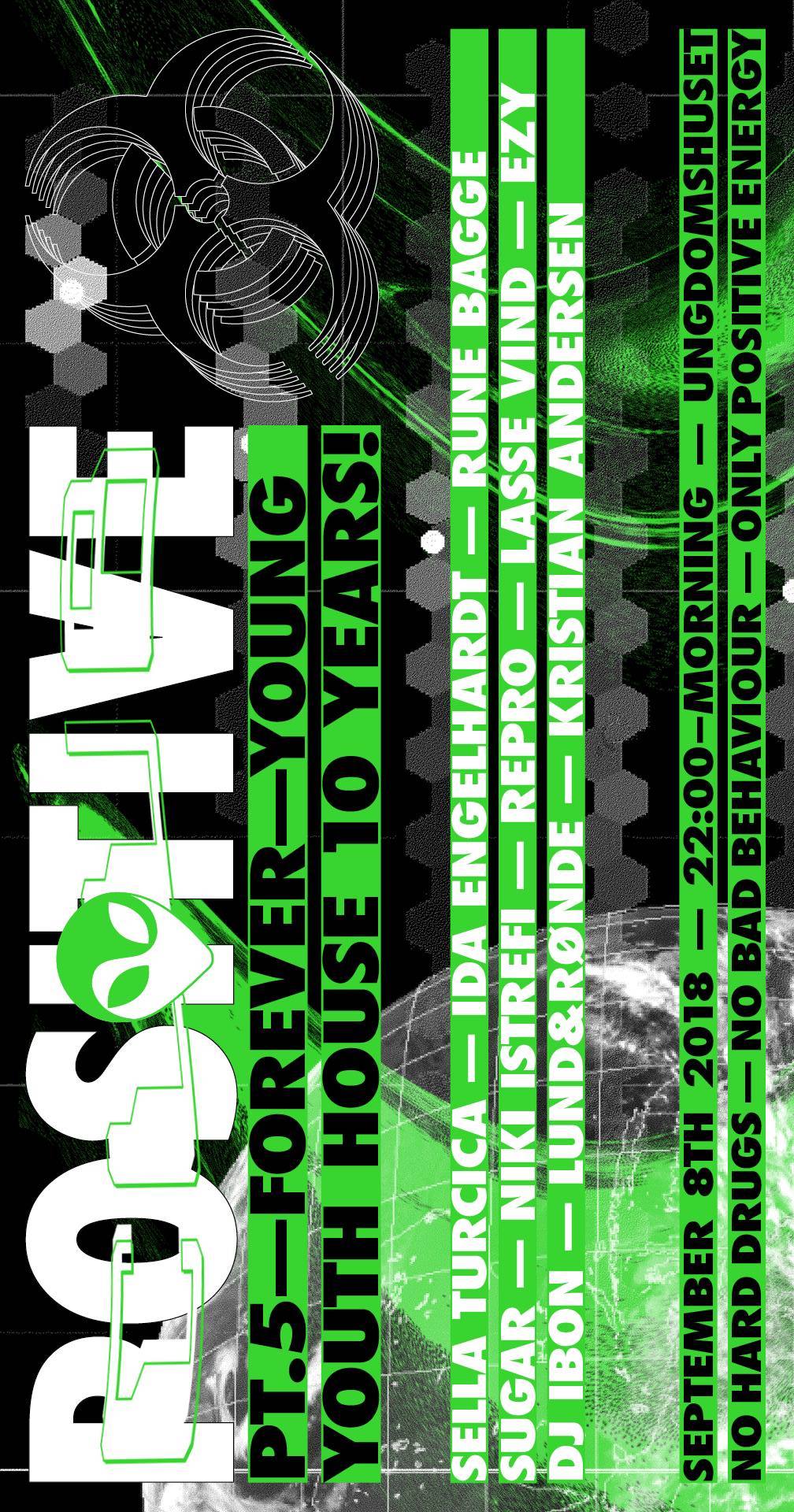 Fast Forward is back where it all started almost 3 years ago!

3 years with endless raves and concerts, big and small, all over Copenhagen and the rest of Europe we’re back in the house where it all started!

The values we strive our utmost to uphold when creating the spaces we use for dancing and raving, is the same values that makes the Youthhouse stand out amongst Copenhagens cultural institutions, and we are happy to be back to celebrate their 10 years of existence with this monster of a Fast Forward lineup in both Salen and Dødsmaskinen, 2 stages, garden fun, all night long!

- No Racism, No Sexism, No Homophobia, No Transphobia, No Hard Drugs - 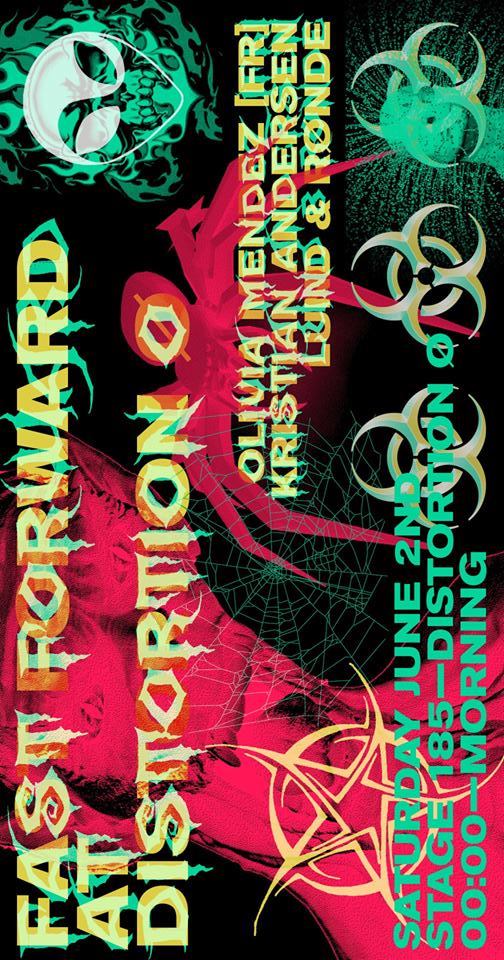 Formed in December 2015, Fast Forward Productions is a new take on the DIY rave culture. With a focus on social engagement, and by using activists from the local community to help make the events come to life, Fast Forward actively focuses in creating safe spaces at the venues we use; sexism, racism, homophobia and transphobia will not be tolerated 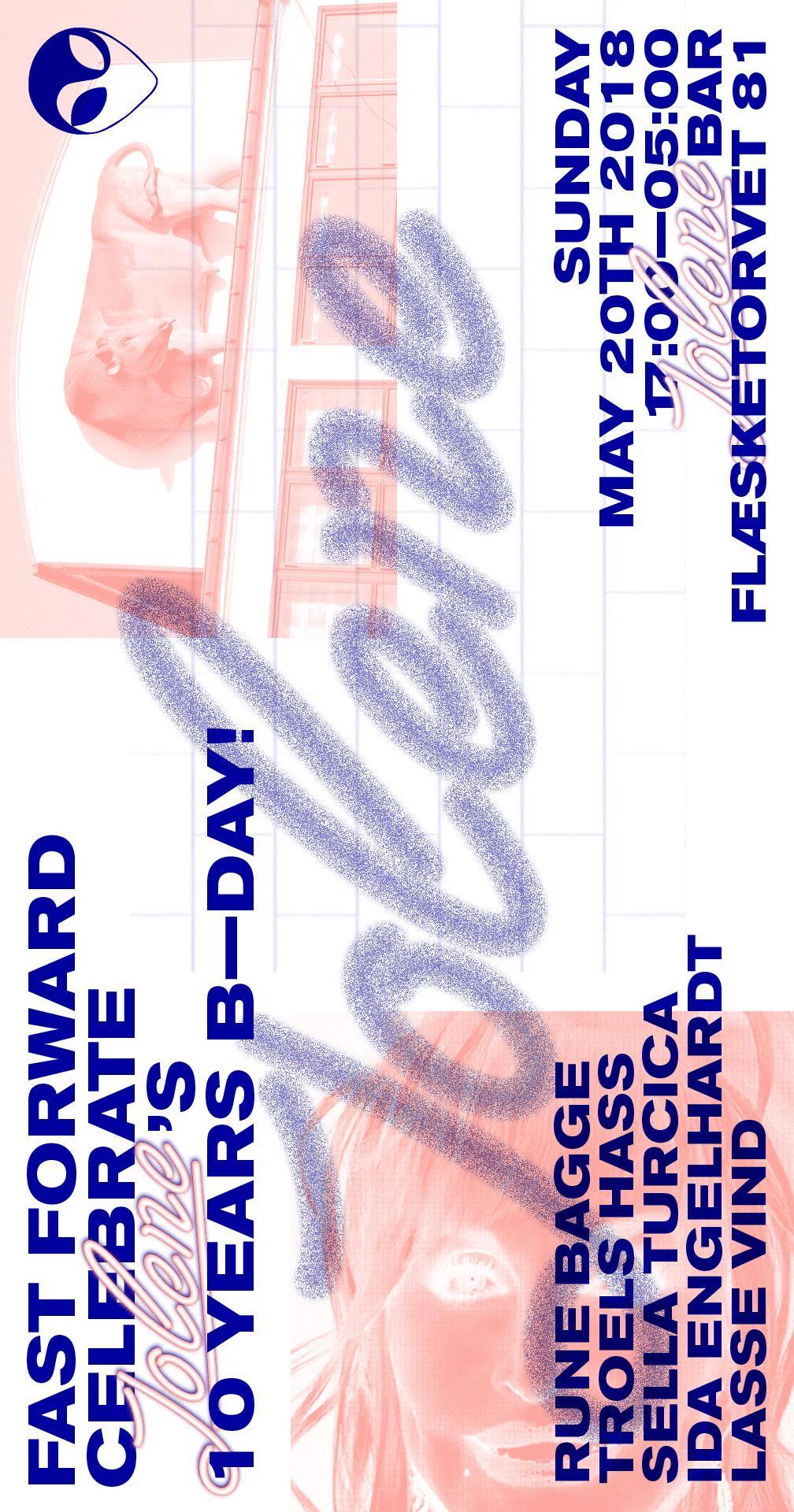 10 YEARS OF JOLENE
Wow! A decade of broadminded club sounds in a place they call Jolene. Come celebrate our residents, our bartenders, our inspirations, and of course our amazing crowd with 4 days of musical extravaganza, beautiful dancers and mixed tracks. Let's start the journey on to another 10. 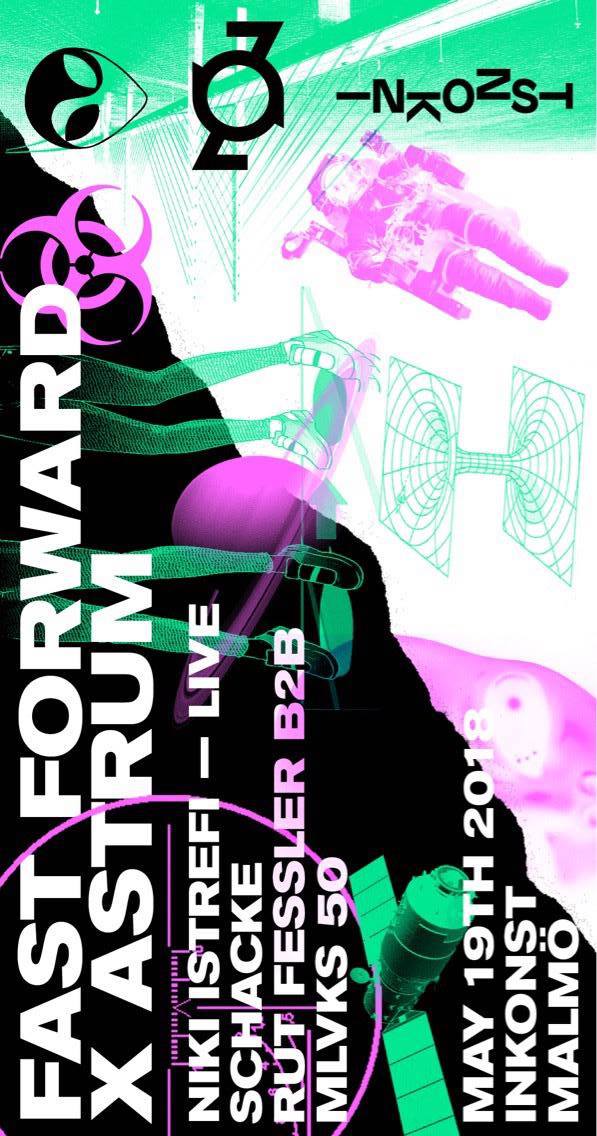 For some reason, Fast Forward Productions haven’t introduced themselves at Malmös only legit club venue Inkonst, yet.

The 19th of May, Malmös ’under the radar’-crew Astrum are making this happen, and teams up for a total take over.


Anyone who’s into techno and been to Copenhagen must know about the Fast Forward movement and at least some of their members.
We can easily say that we’ve got hold of some of their top players for this night.

Schacke is one of the frontiers in Fast Forward. He recently had his debut at Berghain, frequently playing at Tresor as well as other clubs in Europe.

Niki Istrefi is also one of their frontiers, as well as the co-founder of Euromantic. His solo album released on the label last year was quick to become a big hit, and have been played around the world. 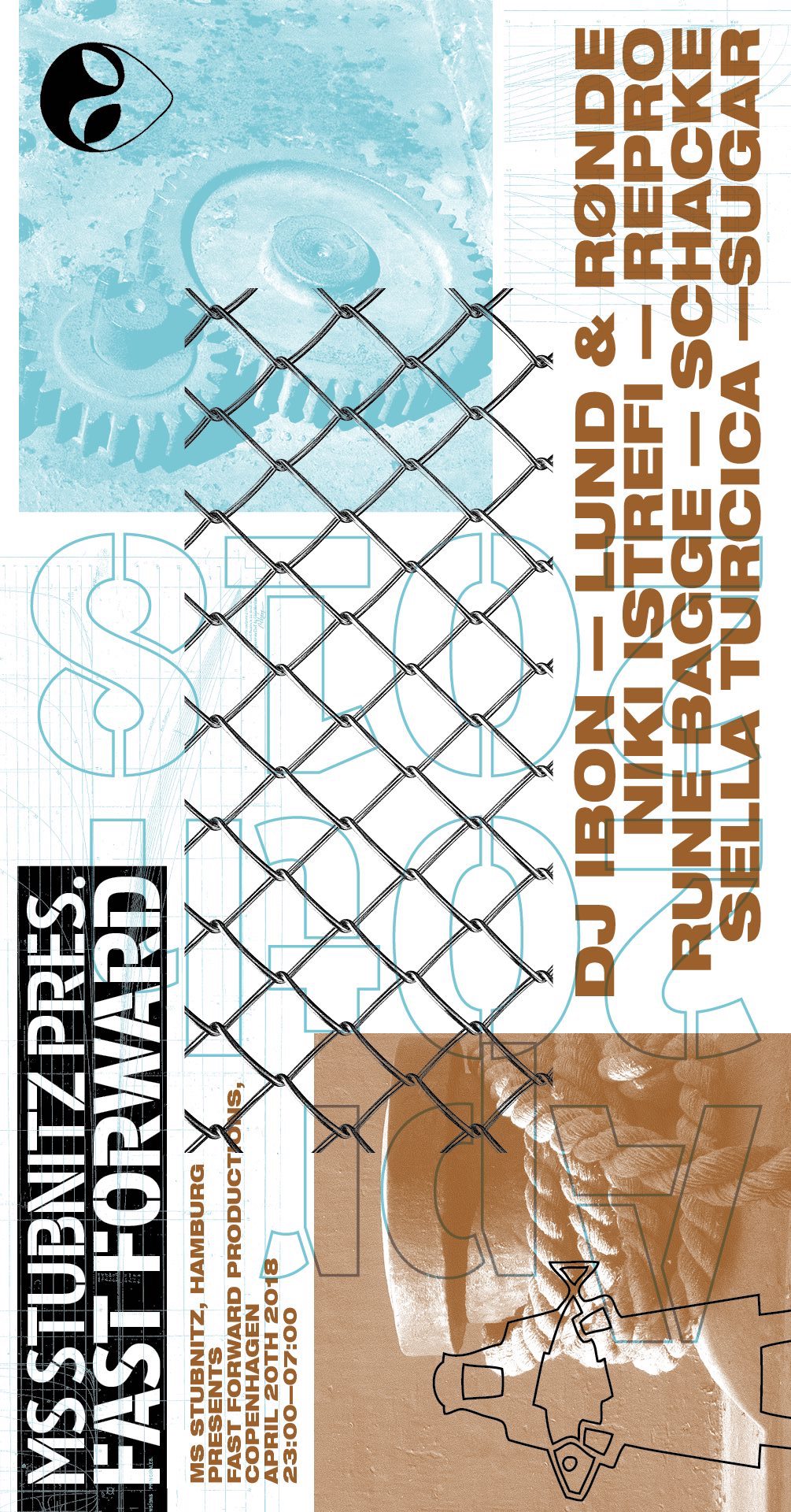 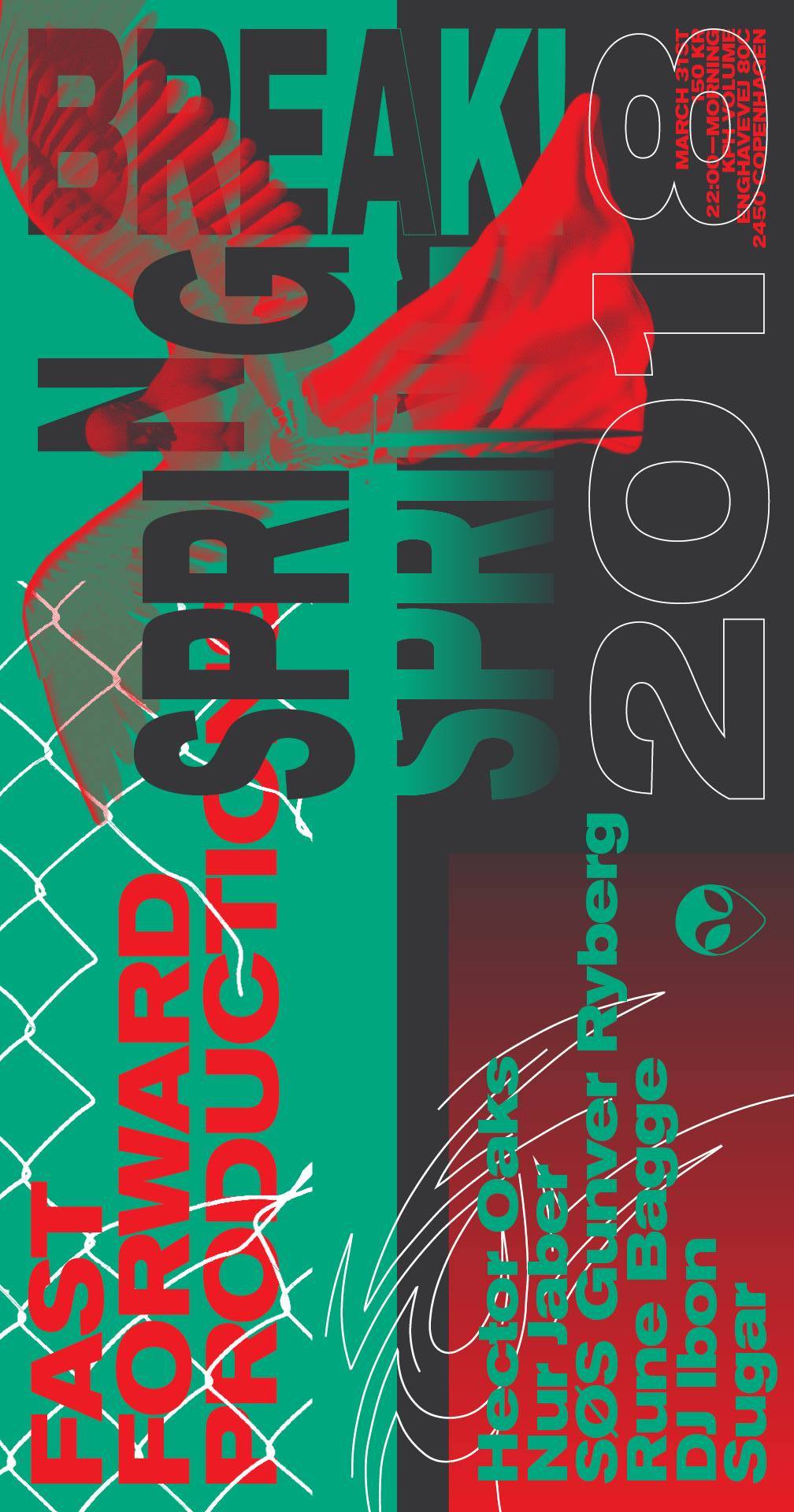 The winter has once again been long and hard, so we invite you all to come celebrate that spring is here!!

Once again we gather in the big halls of KPH Volume, make the setting just right, and like always we´ll treat you with something special and make it a night soon to forget. ♥

No bad behavior, ONLY positive energy

Were looking forward to cu in the dark. 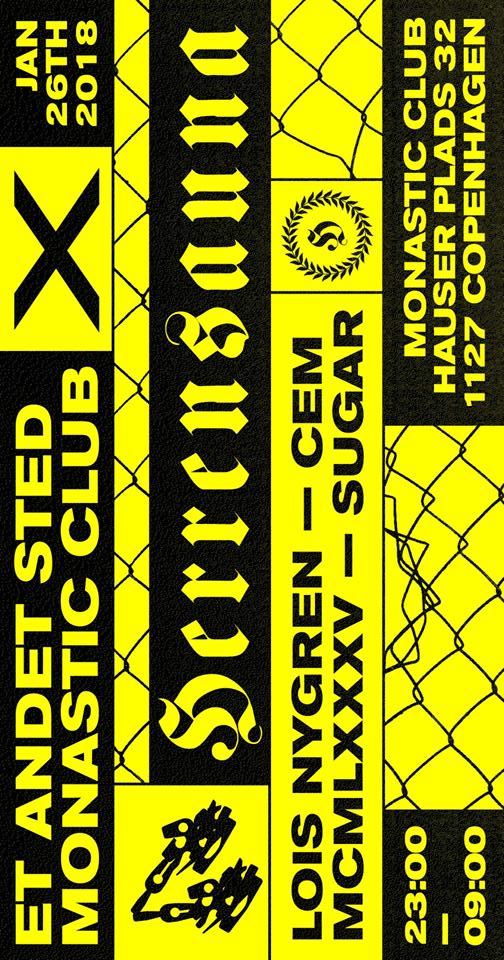 On the 26th of January we are very excited to announcing our first collaboration with the notorious Herrensauna crew.

Straight from the deepest and hottest floors in the vast Berlinian club landscape, the Herrensauna crew has remarked themselves for their ruthless musical profile, pure concept and blinding aesthetics.

For this special occasion we are actually pretty happy to announce that the party will take place deep in the 800 year old LGBT dungeons under the old Copenhagen, as this is probably the most fitting place for a true celebration og gay hedonism such as Herrensauna has come to be.

We are mos def looking forward! 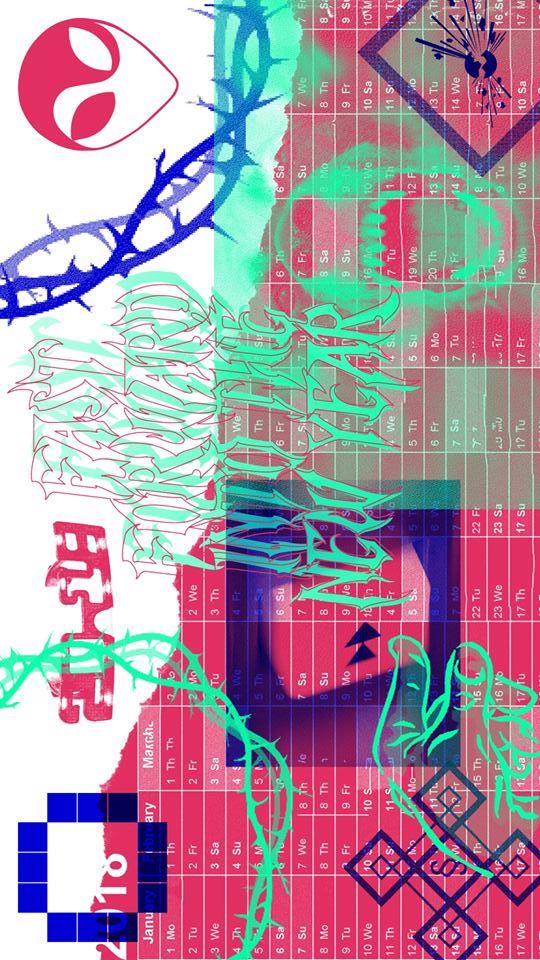 Fast Forward Into The New Year

Fast Forward return to Culture Box in collaboration with Berlin based clubnight concept Samsara Sessions with a massive techno lineup, dedicated to the individual who wanna celebrate a New Year's Eve a day before everybody else to avoid the mass-psychosis and stay in bed the day after with clean conscience.

For this special event, Samsara Sessions brings in 2 heavyweights in the techno game UVB (Mord) and Mareena (Tresor) from Berlin to play alongside Fast Forward residents: DJ Ibon, Lund&Rønde, Sugar and Niki Istrefi.

Formed in December 2015, Fast Forward Productions is a new take on the DIY rave culture. With a focus on social engagement, and by using activists from the local community to help make the events come to life, Fast Forward actively focuses in creating safe spaces at the venues we use; sexism, racism, homophobia and transphobia will not be tolerated.

Until now, the Fast Forward collective has mainly held events at off-locations, building everything from the ground up each time. For this night, we will take over Culture Box for third time, giving the club new shapes and forms, bringing the sounds and vibes you know from past events brought to you by our team. 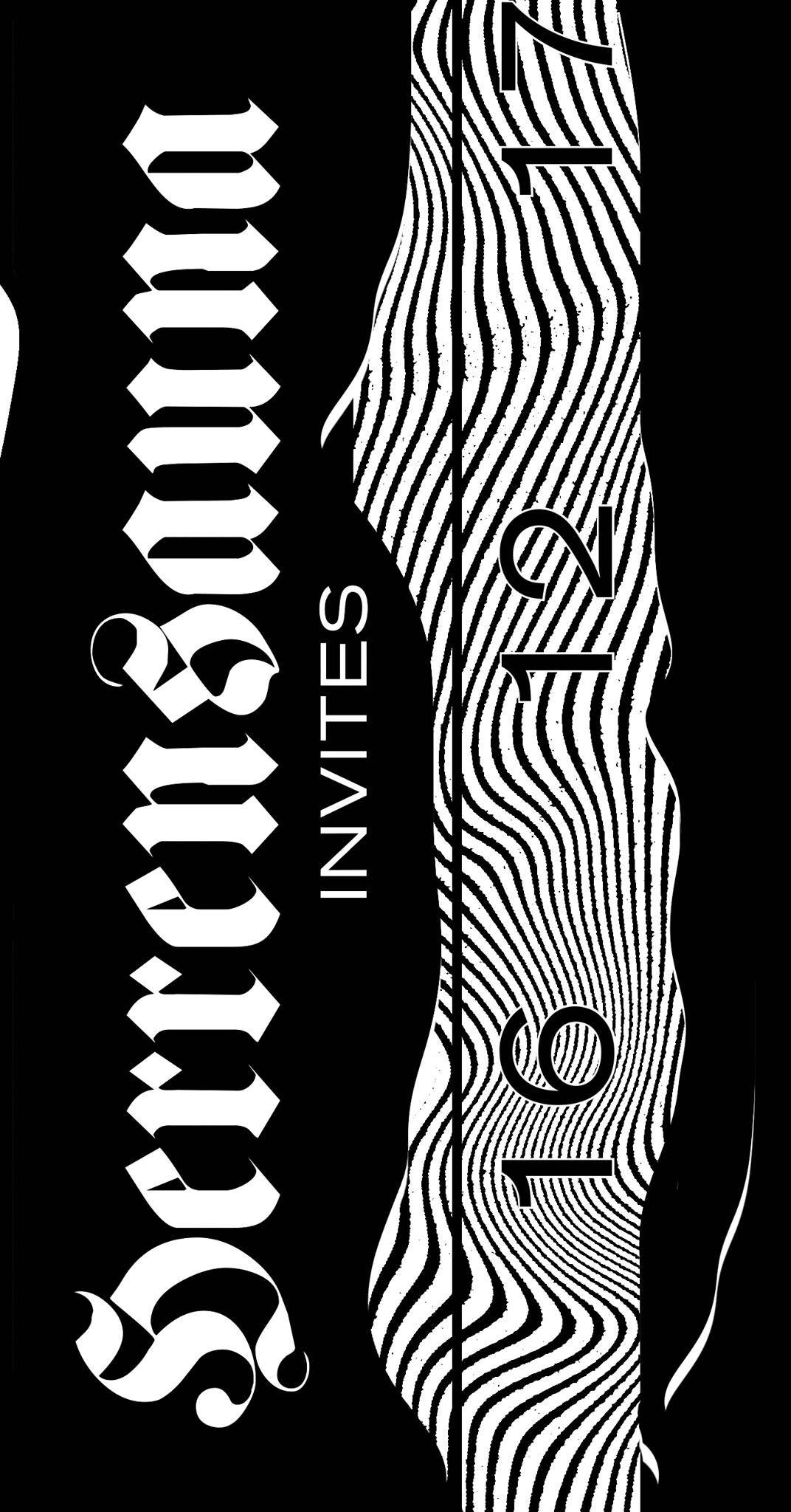